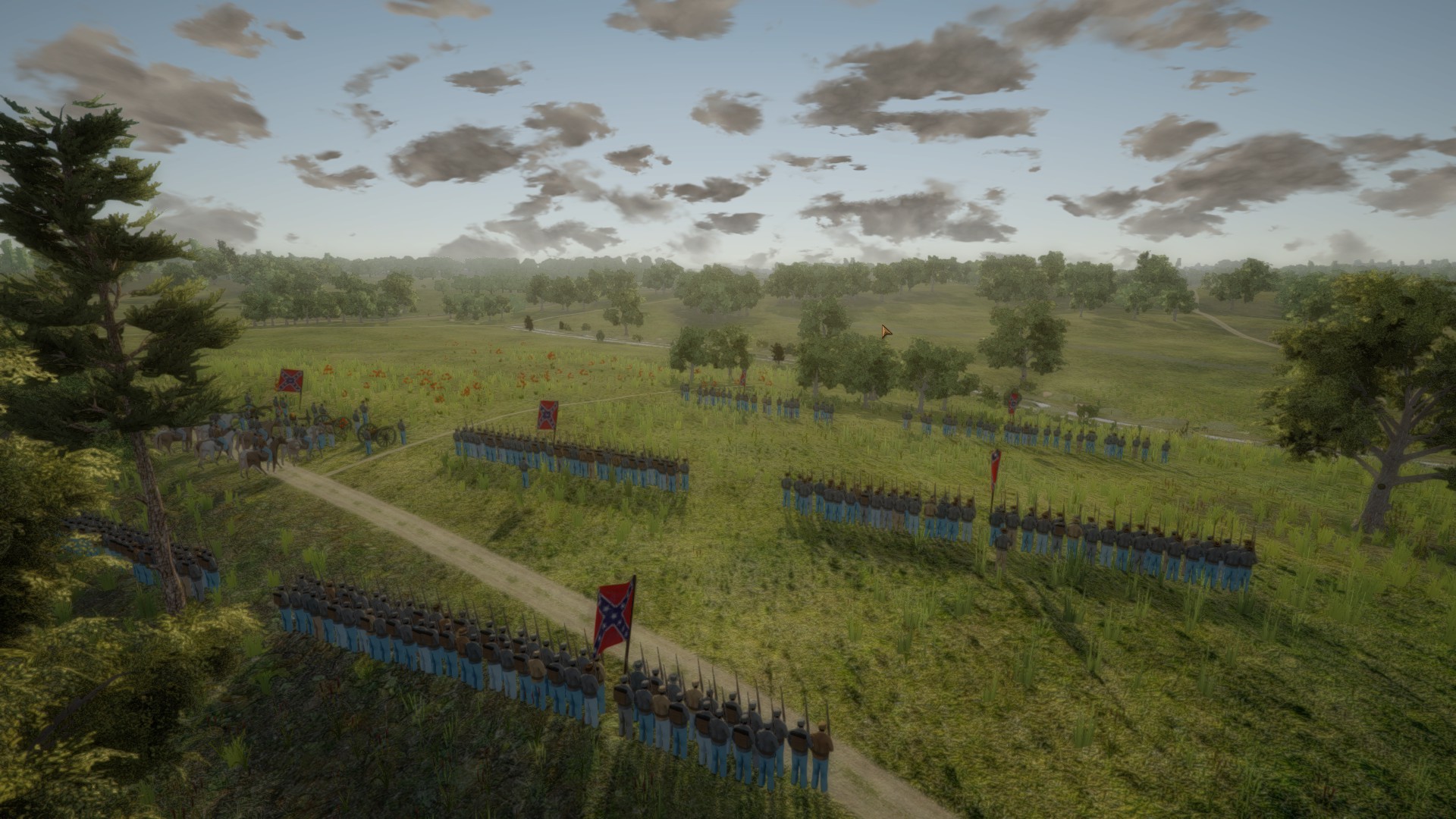 With patch 1.03, Grand Tactician will introduce a number of visual improvements, including 3D troops.

While we originally planned to have 3D troops in our game, during the early development phase the experiments with 3D models were unsuccessful. At that point, years ago, we decided to switch to 2D sprites, which allowed improved performance, and a working solution for the time being. After the game’s release in September, we ran another round of experiments with 3D troops, as we had planned to do post-release. This time we succeeded, and with patch 1.03 the sprite troops will finally rest in peace, as our civil war soldiers enter the third dimension.

The sprites did have many limitations. As we kept the number of different animations quite high, the number of frames per animation was limited. Also, customization options were limited, as each large sprite sheet reserved a chunk of VRAM. We did try to overcome the lack of customization by allowing custom coloring of the uniforms, but when creating variation within a single unit using color variation, the end result was not optimal. While functional, the sprite engine also had some side effects, like certain abrupt movements, which was quite apparent especially with courier movements.

Our artist has been working hard on the 3D models and animations since the release of the game. With the new 3D troop engine, the game’s visuals take a leap forward. Animations are much smoother in general, and the 3D soldiers allowed us some more variety in the soldiers’ looks. Now we can have different uniforms and equipment even within a single unit, with little to no negative effect in performance.

The 3D troop engine also allows further improvements in the future. The changes in patch 1.03 are the first step, more improvements will follow. 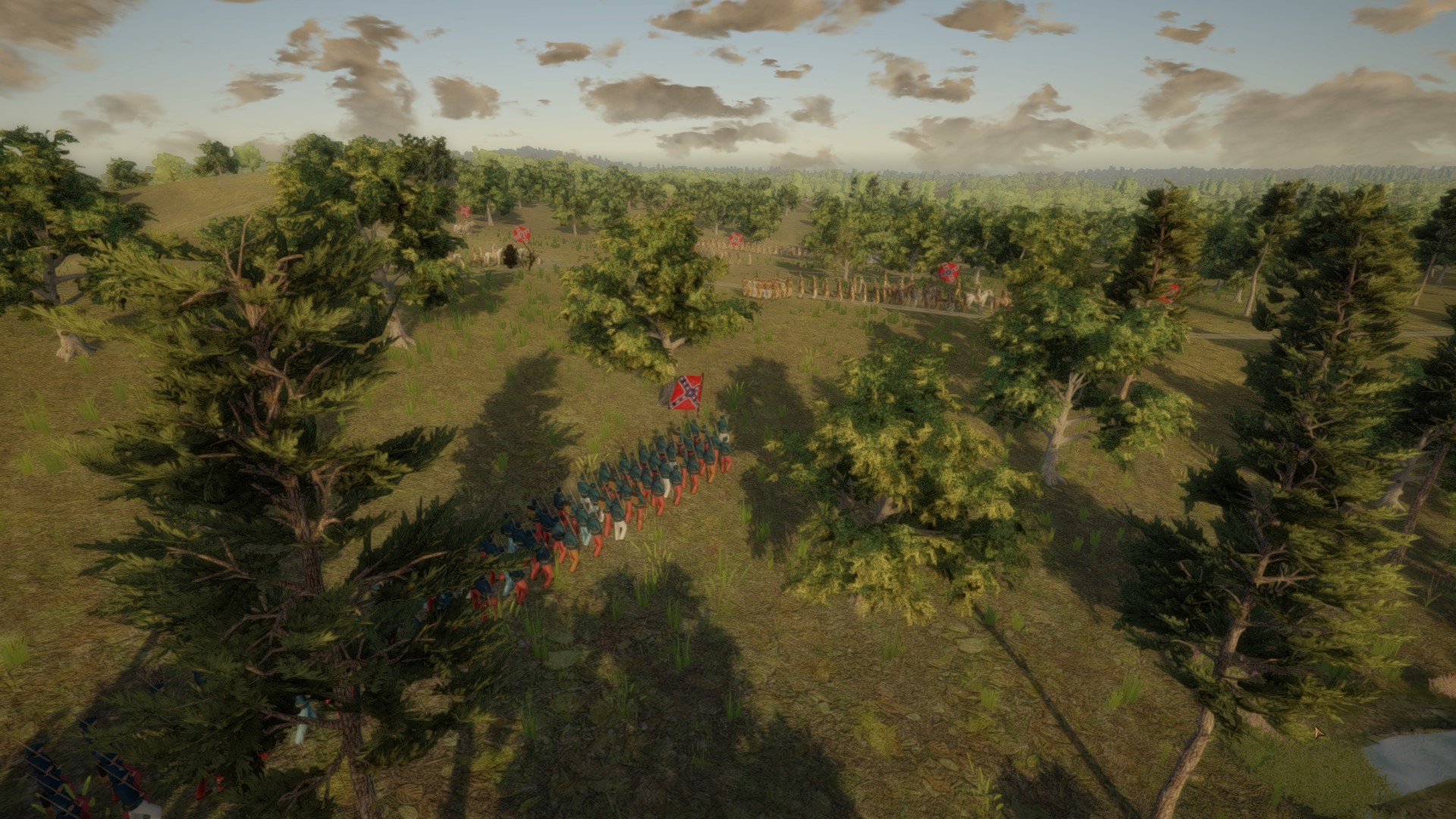 While the main focus in the visual improvements was in the troops, the battle field has also received some other visual improvements. With the 3D troops being less sensitive to certain camera angles, the improved camera controls allow more varied visuals. Updates in the particle effects department and fog rendering also have made the battle field a bit more pleasing to watch, especially in combination with the weather effects. As the 3D troops are no longer “detached” from the environment, like the sprites were, the end result is a much more coherent look. 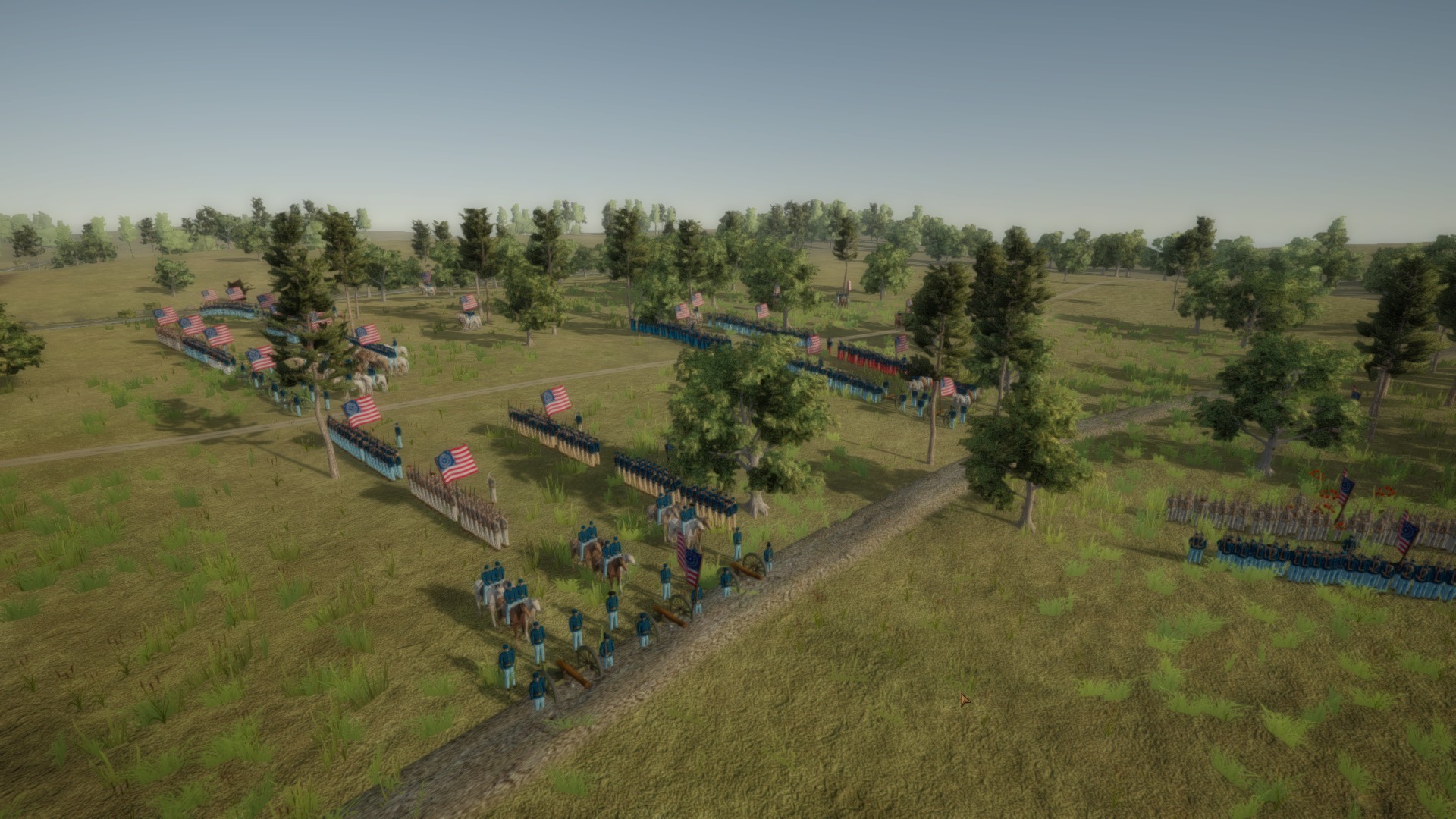 While patch 1.03 was mainly focused on the introduction of the 3D troops, there are also some other nice, and highly requested changes:

- The game’s full save library can now be accessed, managed and filtered, using a single panel. This update also allows custom naming of saves.
- Realism options are moved from game options to scenario start up screens, and are saved.
- There are a few more game options available, for example the ability to lock screen rotation in battles as well.
- During a campaign, capturing all cities in a state makes the state “occupied”, which allows movement within the state even if readiness is low. The state will not switch sides, though, if support is insufficient.

We’re excited about the recent changes, as the game not only looks nicer, but also feels smoother. While Peter will continue his work with the 3D models and animations, the focus of the next patch 1.04 will be in bug fixing and AI improvements.