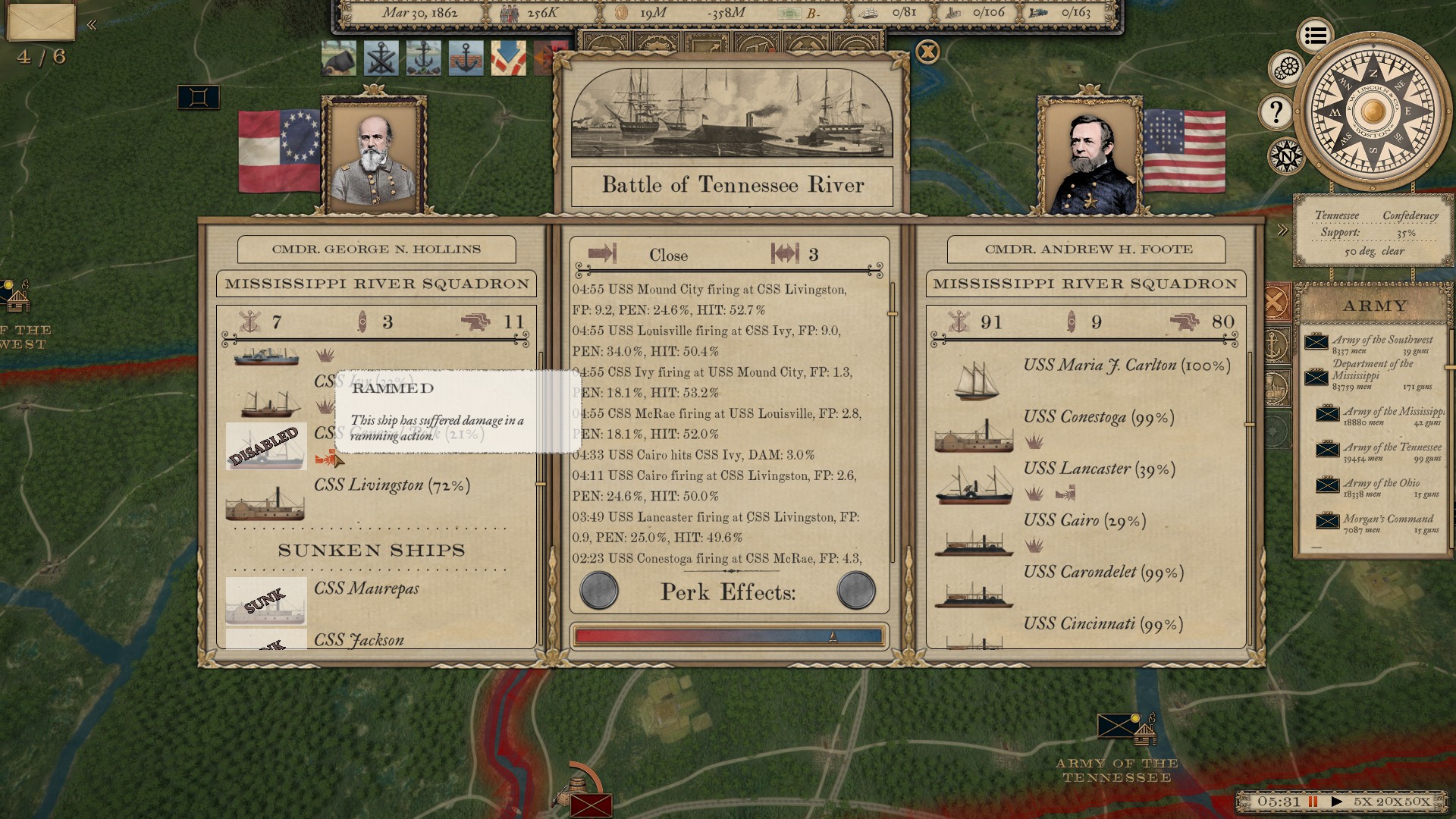 After the 1.0 release of Grand Tactician: The Civil War (1861-1865) we have continued adding new and requested features in the game, along with the usual bug fixes and other minor improvements. Currently the focus is in improved information and AI.

At the time I am writing this, we have released the first major patch (1.0115) and are working on the 1.02 patch, with first beta patch already released. We have received many questions and comments regarding our Post Release Road Map which was released a few months ago. In addition to the features stated in the road map, we are also continuing other development, which can already be seen in the patches, to further improve the game’s main mechanics and features. 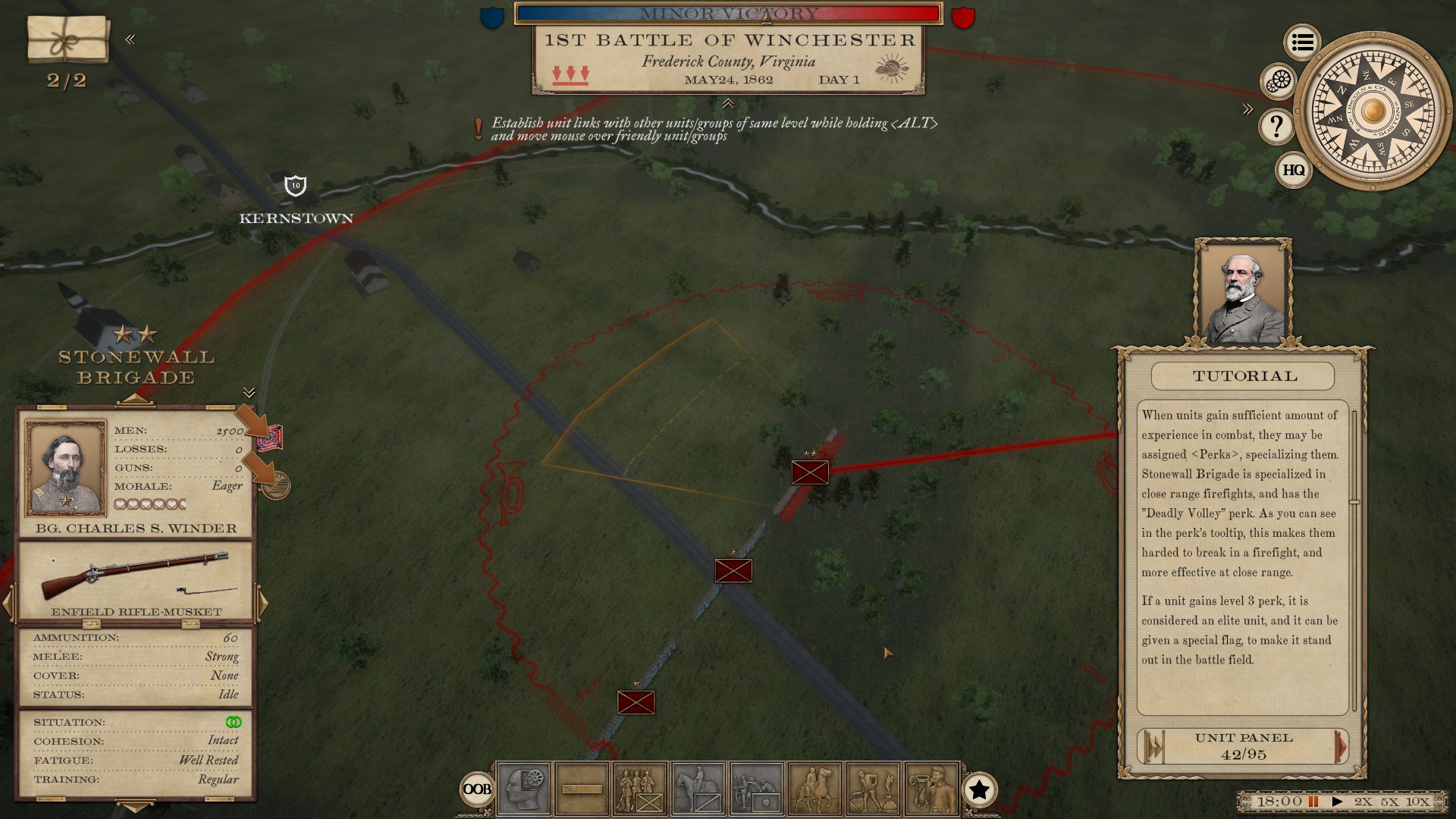 The first added new feature was the playable battle and campaign tutorials, explaining the basic controls, commands and mechanics. As the game has a learning curve (and may appear to share similarities with Total War -series, but has very different game play and controls), some sort of tutorials were highly requested. The playable tutorials were added to complement the in-game quick guide, the “Field Book”, and the 250+ page game manual.

We had on our drawing table, for a long time, tutorial videos for the game. While the idea is still valid, and they could be helpful for many players, we decided against them, as the game still keeps updating with new features. This would mean that the tutorial videos would become obsolete quite fast, and keeping them up-to-date would require a lot of effort, which is needed elsewhere. 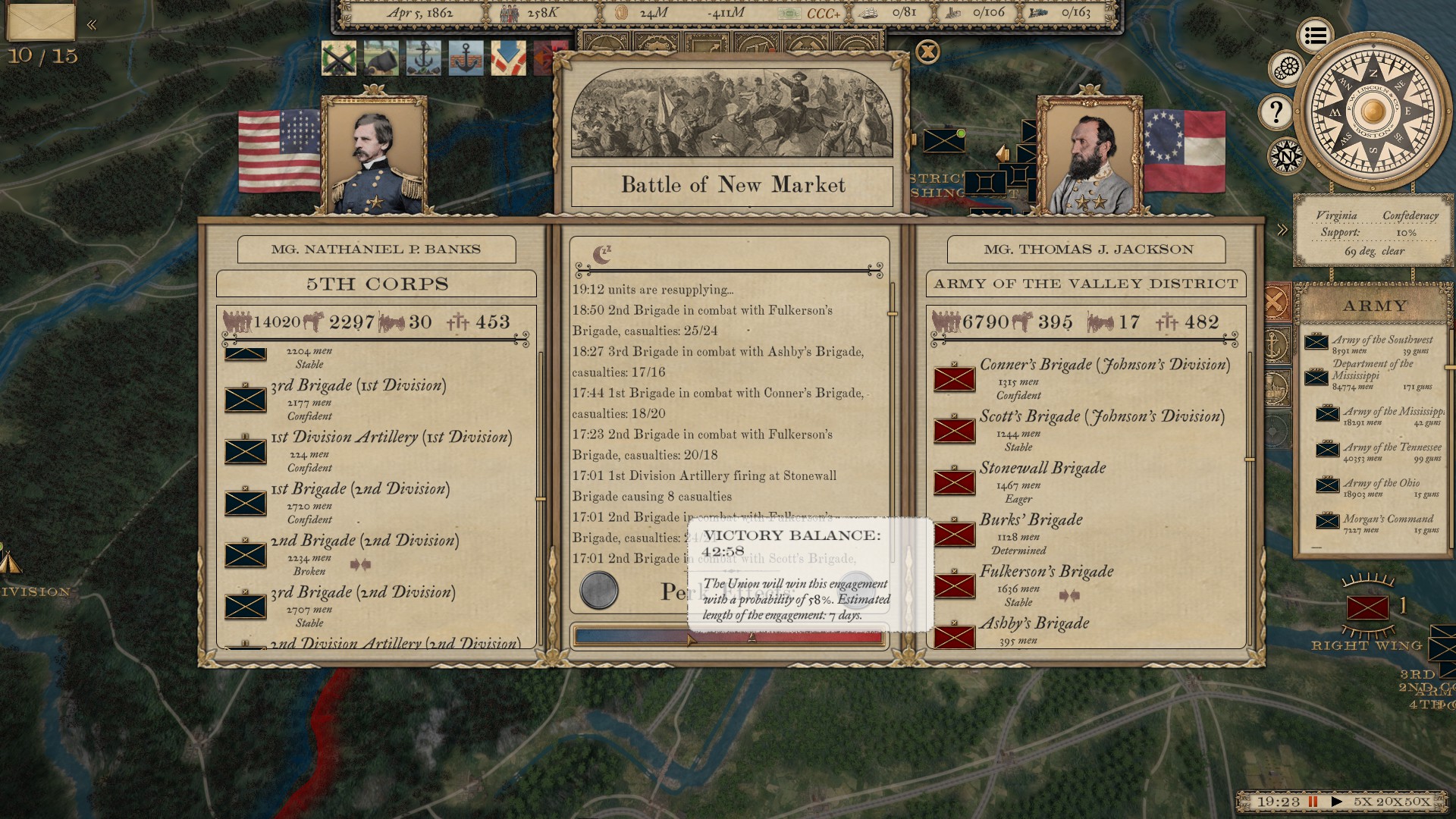 One of the “black boxes” of the game, according to feedback, has been in the auto-resolved battles. While the underlying mechanics have existed from day 1, it has not been clear to players how the combat develops, as only the results could be seen. For this reason we have added information about automatically resolved battles (field battles, sieges, naval battles, fort bombardments) in form of a panel, that shows the opposing forces and all the actions taken during the battle.

The information can be accessed via the top bar alarm icons (battles, sieges, etc.) by placing cursor over the alarm icon, and selecting the battle from a list that opens, or by selecting one of the units participating in a battle. For example, it’s possible to follow how a naval battle is developing: first the opposing fleets move to contact engaging on the move, and when at close range firepower and accuracy increase and there may also be ramming.

The resolution of the battles as such has not changed much, but hopefully the additional information will help players understand what is happening during the battles, and why the result is what it is.

One of the main focus points for the team is the AI. There is no such thing as “too good AI” in games (if it does not cheat) and we are pushing forward with further AI improvements constantly — some of them are more apparent than others. For example, we have changed the way the AI conducts defensive operations on the campaign map. While this may not be visible at all times, there are now fewer blunders the AI commits by accident.

What could be more apparent is how the battle AI reacts to entrenched foes. It now considers flanking strong positions more often, trying to avoid head-on assaults if not necessary. When defensive, AI has been quite passive in its use of reserves. This has allowed players to flank strong AI positions with very little effort, to roll the defensive line while the AI holds back non-entrenched units that are not engaged. Here we are teaching the AI to be more active with the reserves, to extend the defensive line and to refuse flanks and conduct counter-attacks.

The mentioned AI improvements are in the works, and more are on our list. While the AI may be doing OK most of the time, improvements in the battle AI especially will mean more challenging game play and better balance on the campaign map.

While all this work is ongoing and being implemented, we are also working on the post release road map topics. But, like always, bug fixing and other general game play improvements are also high on our prio list, so expect to see more of them in the coming patches.