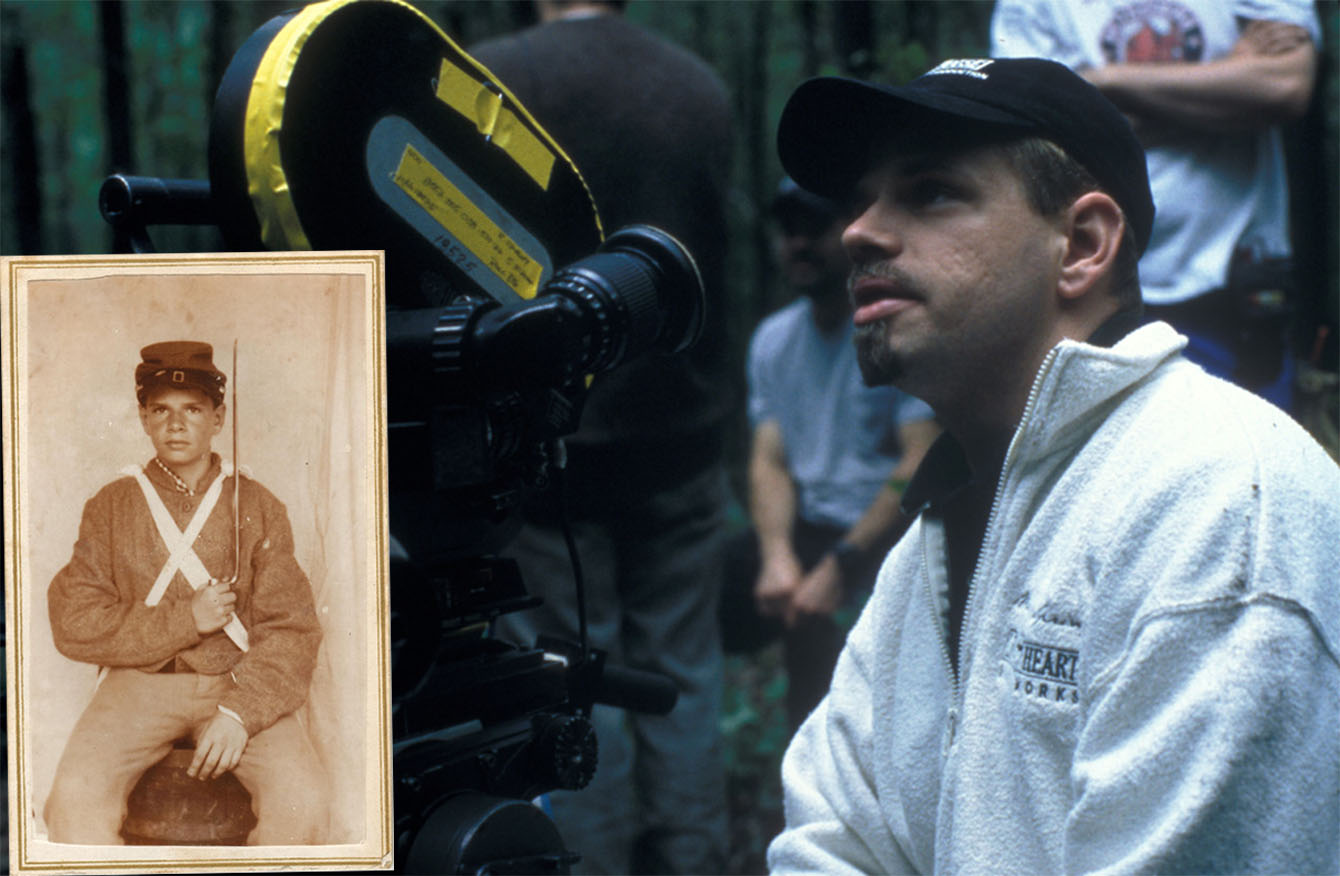 The Civil War saw the use of many novel technologies, one being photography. Thanks to Mathew Brady and other photographers of the time, we can see snapshots of the war, and of the people who lived and fought through it. To-day re-enactors bring the battle-fields of the Civil War alive in grand Living History spectacles around the U.S. And to-day’s Mathew Bradys are there to film it and to produce amazing footage to be used in news stories, documentaries… and even video games!

Let us introduce to you Kevin R. Hershberger of LionHeart FilmWorks, LLC, the Man behind the camera of the combat footage in Grand Tactician: The Civil War (1861-1865)!

The Man Behind the Camera.

Kevin shares a love for history with the rest of the Grand Tactician -team. Film-making has been his other love for as long as he remembers:

“Of course, it’s a cliche to say it, but I grew up watching movies like the original Star Wars and Raiders of the Lost Ark and I always thought that I wanted to work with model building and special effects. In school I wasn’t great with math and science, so perhaps that wasn’t my destiny.”

Kevin is a re-enactor since the giant 125th anniversary series of events in 1987, even choosing to attend Virginia Military Institute (V.M.I.) after High School because of the Cadet Corps involvement in the Civil War battle of New Market. It would be the combination of re-enactment enthusiasm and interest in film-making, that would make him known for his first feature film, award-winning Wicked Spring (2002), telling a story of Confederate and Union soldiers, trapped between the lines, during the Battle of Wilderness in 1864.

But before that, there would be working behind the scenes of other productions and 8 years of service in the U.S. Army as a Military Intelligence Officer – making him the other member of Grand Tactician -Team with a military background. During his time at V.M.I. Kevin started writing feature film screenplays and seriously learning the how-to of film-making. This included working on the set of the movie Gettysburg, filmed in Maryland where Kevin grew up. This was the summer of 1992. The next year, Kevin worked in a Showtime TV movie set at West Point in the 1880s, starring Samuel L. Jackson and Sam Waterston, which was filming at V.M.I. Talking his way through to working for the production as “Cadet Wrangler” – organizing and training the cadet extras – he also got a speaking part on camera. Working one-on-one with the director and production team for several weeks on location got Kevin hooked. And the pay wasn’t bad either!

“I didn’t want to jump out of Helicopters in the Army anymore, I wanted to stay on set and make movies… about Soldiers jumping out of helicopters!”

After serving in the U.S. Army, Kevin dove head-first into learning the craft of screenwriting: “…by writing many bad scripts and learning from each one and getting better, page after page.” His first project to direct was a short film titled The Nest (1999), shot on location in Pennsylvania, on 16mm film. The Nest premiered in New York City, in September 1999, in a film festival. It was only four months later Kevin found himself on set directing Wicked Spring, with a hefty $500K budget! The film would win ‘Best Action Film’ at New York International Film and TV Festival in 2002.

“Things moved fast between 1999-2000, but everything was much harder after that! By 2004 I was officially self-employed, without a safety-net and have been able to stay self-employed and growing since then. No plans to go back to a ‘real job’!” 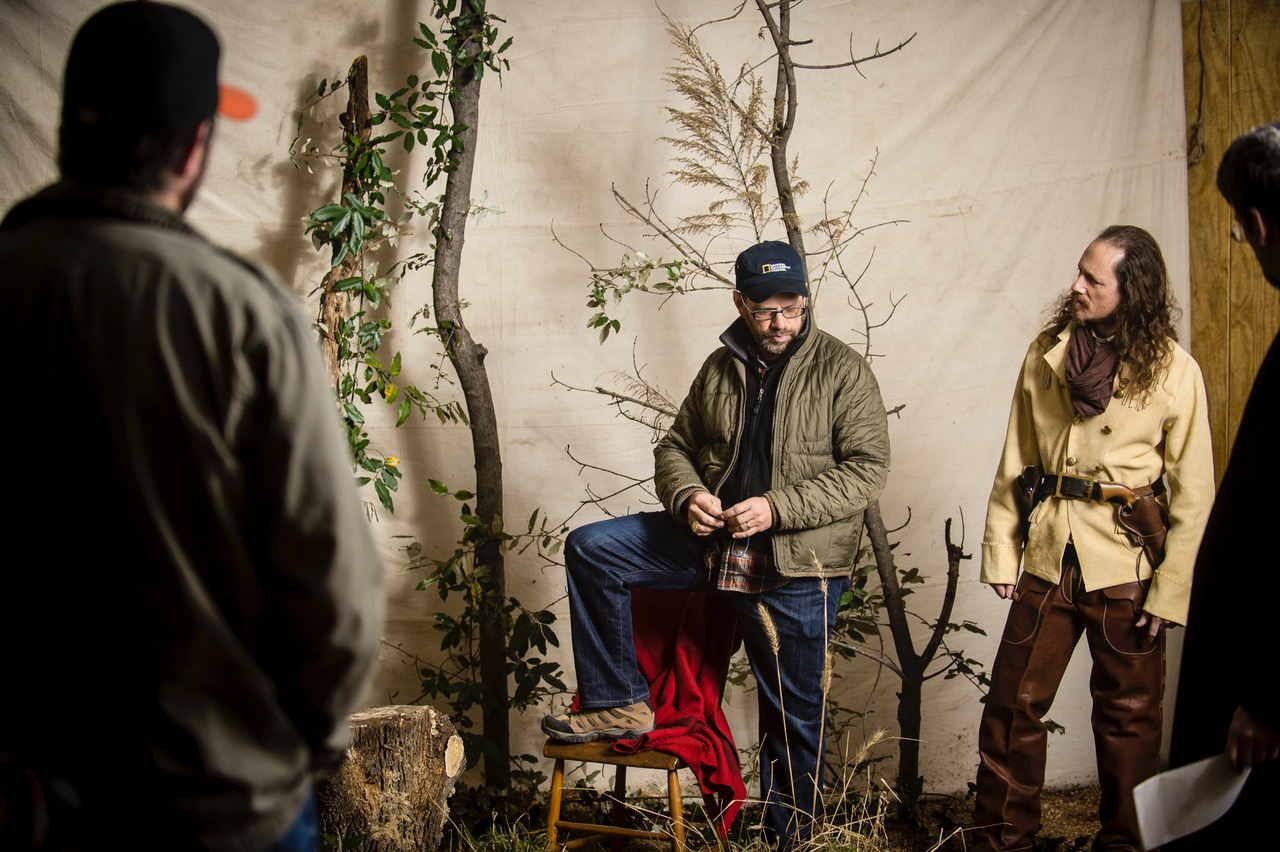 Few years later, in 2006, Kevin refocused his attention back to his greatest interest, which was the filming, now on Digital video, of historical recreations of historical events. This started his series of re-enactment documentaries: In 2010 Kevin began producing a long series of multi-part docu-series about American history subjects.

My channel is a hybrid of both a showcase of all of my original historical film and documentary work, along with a celebration and curation of other historical films and documentaries that I most admire or were most influenced by. It’s really a curated collection of some of the best and most interesting history-related content I can find and if anyone wanted to see what I’m most interested in or what influenced my work – this is the place to go!”

And it’s not just any YouTube channel. By now it has 165,000 subscribers and 35 million views. The content found there is a true treasure chest to anyone interested in American history and wishing to keep current with the past. The channel is growing steadily, adding three videos per week. And while he is running the channel, let’s hope new ideas for films of his own will spring.

“Hopefully, I’ll be turning back to feature film-making of some sort in the 2020s…”

Even if playing a major role in video game development with his involvement in Grand Tactician, when talking about his experience in video games, Kevin admits he’s a bit late to the game. “If someone were to ask me what video games I play, my answer would probably be Atari and Nintendo 64!” Kevin does have a PlayStation, which allows him to return to the world he left behind, playing historical and military games like the older Call of Duty sort that are set in World War 2.

“I’m extremely pleased and excited to be part of this new Grand Tactician: The Civil War game, and I hope that the players find a new passion to study this history and I am proud to be able to play a small part. I hope fellow history buffs playing this game check out my YouTube channel and subscribe and learn even more about this part of American history – as well as the entirely of the American experience since 1607.”

We couldn’t be happier to have Kevin’s talent and epic footage onboard in our humble project!