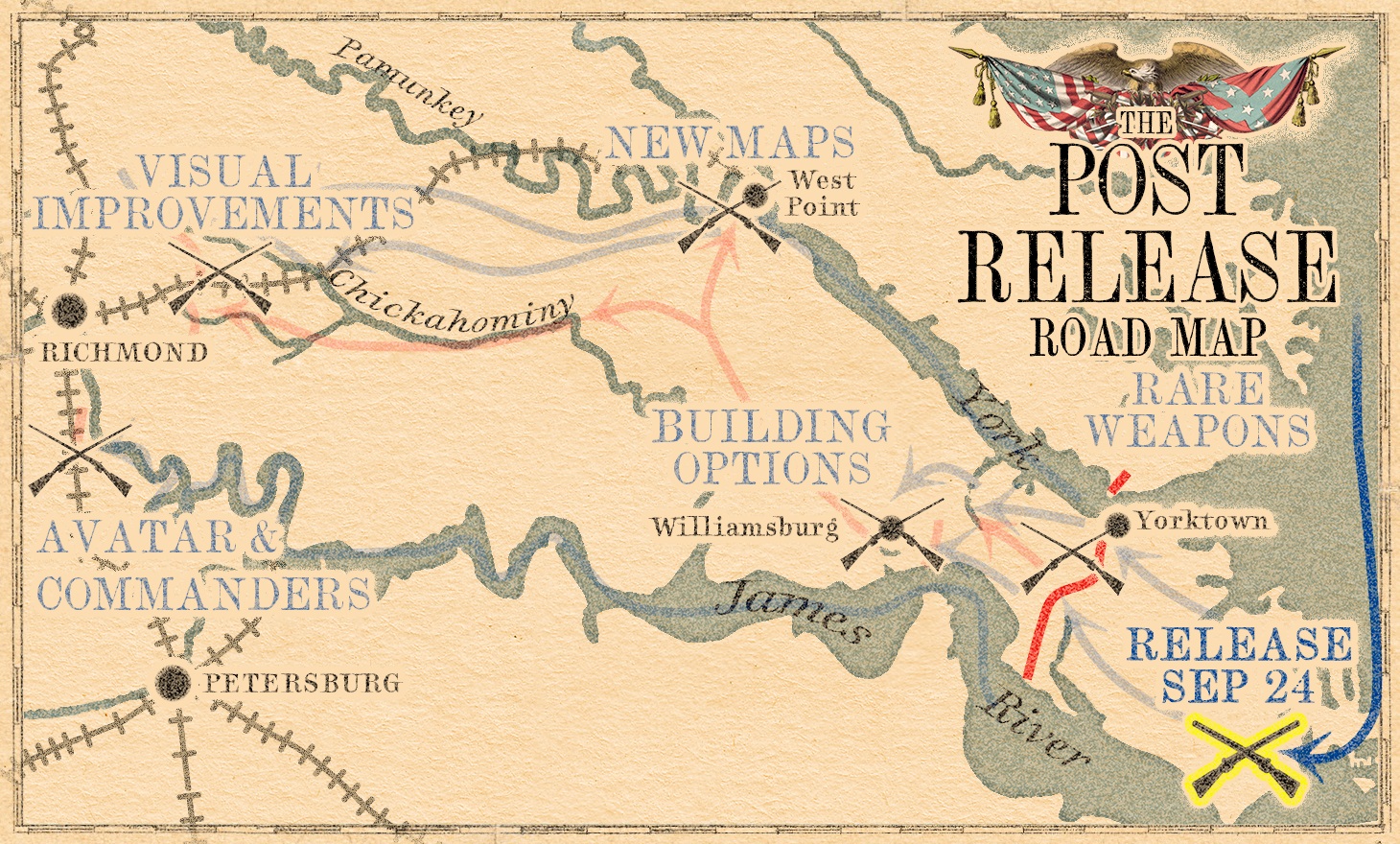 While the Grand Tactician’s Early Access is coming to an end, and the game will be released in Full on September 24, 2021, the game’s development will not stop there. During the Early Access a lot of new feature ideas arose, and we want to improve the game further, adding many of these new features in the game, for free!

Once released in Full, we will of course continue supporting the game with steady flow of bug fixing patches. But in addition we have already decided to add new features in the game, that will further expand the game play experience. Here are the first planned features:

The Civil War saw a number of innovative new weapon types entering service, though in limited numbers. While their use did not change the course of the war in any way, these rare weapon types paved the way for further innovations in weapons technology. The weapon types that will be added are Gatling and Coffee Mill Gun, which were early machineguns, and a small caliber, fast firing Confederate 1-pounder Williams Gun. A few other weapon types may be added to this list later.

Players will be allowed to construct their government subsidized buildings on the campaign map. This allows more control over the location of these industries. In addition new building types will become available, among these a hospital, which will allow better treatment of the wounded soldiers, decreasing mortality rates, and a Prisoners of War (POW) camp, which allows sending captured soldiers to be held prisoners instead of paroling them on the spot, with many returning to their former units to fight another day.

What can be said? There’s never enough new maps!

One of the most requested features has been the ability to add oneself in the game as a commander. We will create an avatar system, where players can add themselves as commanders in the game, using their own photo, and assigning the commander attributes of their choosing. This commander will then appear in the campaign game and can be managed just like any other commander, maybe gaining unheard of fame and achieving great victories, or maybe feuding with the superiors and getting killed in a desperate charge against the enemy’s works.

In addition, some further commander related features will be added, among these the ability to randomize commanders’ attributes at the start of the scenario. This way one will see different commanders than historically rise to fame and fortune.

The game was never created with spectacular looks in mind, but there is a lot of room for improvements here. Especially in the way we handle the soldiers in battles. Improved visuals will increase immersion for sure, but we will also improve troop customization options further. For this reason further changes in the current customization system will not be added. Instead, we overhaul it. These upgrades may also bring performance improvements, like the new smoke engine did earlier.

We will release more information about each new feature when we start creating them in the game.