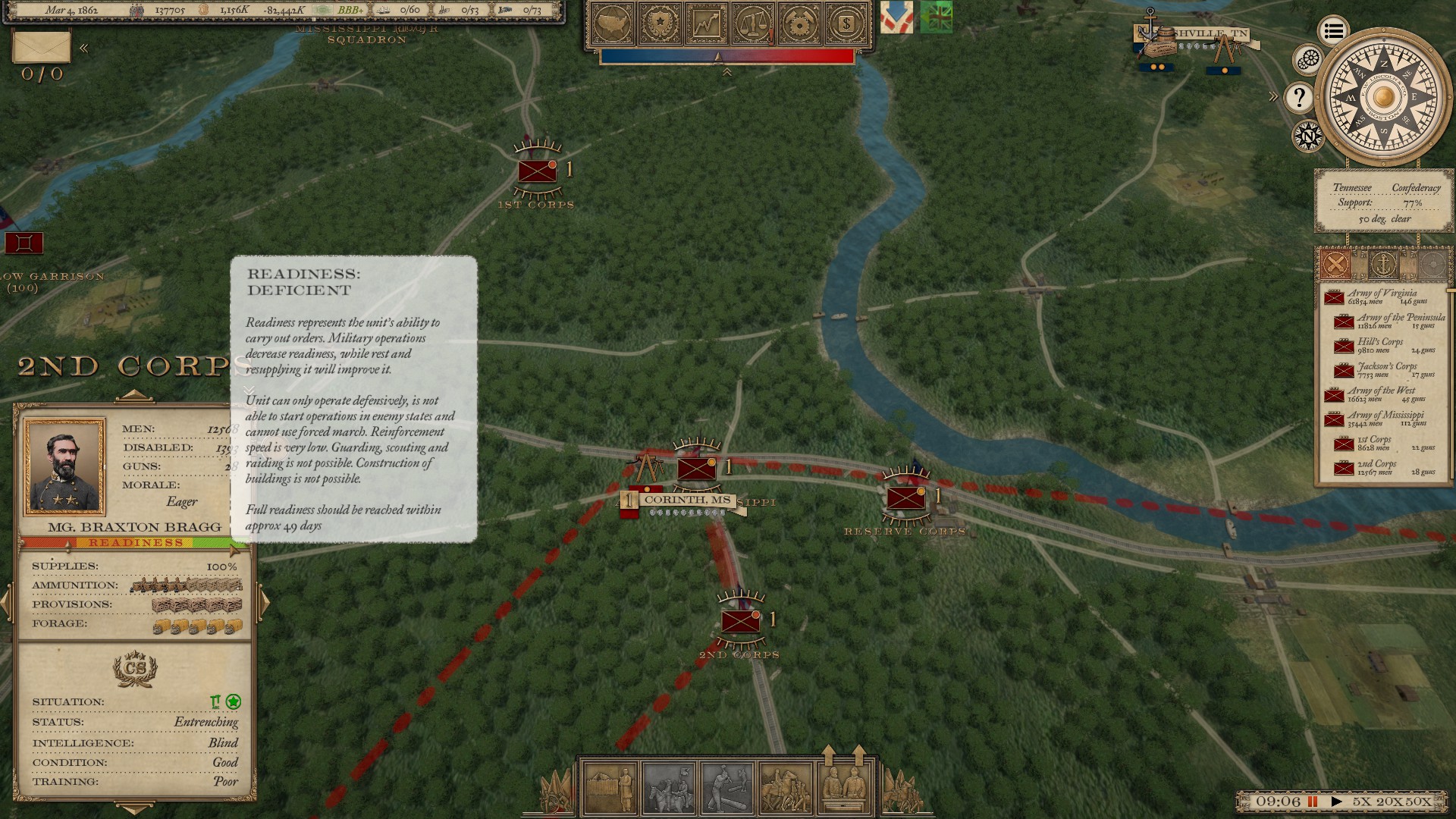 The recent patches has been big ones, and the Early Access period will come to an end soon. There are still a couple of larger features we’re working on, in addition to the road map topics and the constantly ongoing bug fixes. Let’s take a look at the main campaign feature still in development.

One of the main issues we’ve had with the campaign game play has been the tempo of the game. The movement of units has been quite realistic for quite some time now, but the armies have been able to conduct too many operations and too fast. So far the units’ ability to operate has been restrained by morale only. If a unit was defeated in a battle, it would retreat or withdraw, and during this movement it con not receive new orders. But once stopped, it would, again, receive orders and be ready for basically anything, even if low morale or poor supply situation meant it was losing manpower to desertion and movement speed was slower.

In addition we had the Readiness rating. Basically, readiness has so far been used to modify the units’ command and control ranges, order delays and in case of engagement readiness determined the size of the deployment zones for both sides. But these mechanics proved to be insufficient to properly simulate the preparations, planning, logistical arrangements, training, and everything else the armies needed to get ready before they could be used for operations, especially offensive ones into enemy territory.

In the new concept readiness describes the units’ ability to operate in general. And it has have a very strong link to commander personalities. The new readiness is two-fold: all operations consume it, and it recovers when the unit is not carrying out operations. Consumption is higher during the early war, with cautious commanders, when operating in enemy territory and in poor weather. Readiness recovery takes into account a host of conditions, from commanders to supplies, to weather, morale, training… When readiness goes down, the amount of actions the units can perform are reduced. If readiness is very low, the unit cannot be used for offensives, and all delays will be higher. As readiness improves, more options will become available: offensives, forced marches, army orders, &c.

Readiness will also take a hit when recruiting new units into armies, as this requires a lot of re-organization, planning, orders, training… And if you go ahead and change the commander of an army, the new commander will require some time to have the army functioning in the way he wants it, and ready for grand offensives. 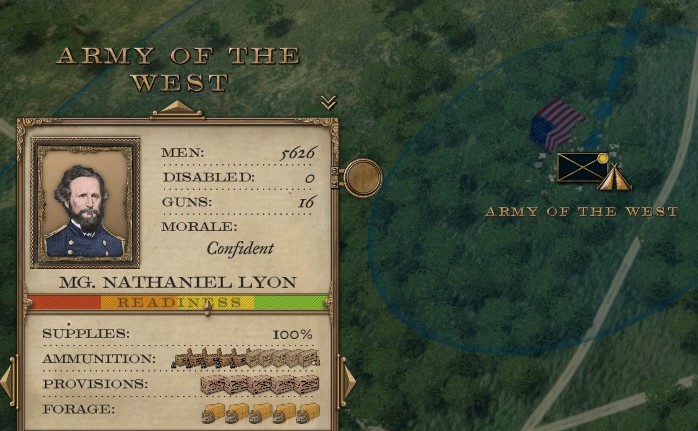 The new readiness feature is shown in the unit panel and the NATO unit symbols on map.

What this means is that you cannot simply throw your units into offensives regardless of their situation. No, sir! You may run into situation, where Gen’l. McClellan simply refuses to attack before HE thinks he’s ready. The readiness consumption/recovery system also means that if you decide to make the largest amphibious landing in American history, the armies will not simply disembark and blitz Richmond. Instead, the units will first need to recover from the transportation, establish a secure beach-head and base of supplies, do the reconnaissance, and so on. In short, armies can do less in short periods of time and will need to recover from operations to be ready for further orders. Oh, and fleets too!