What's in a Campaign Map? 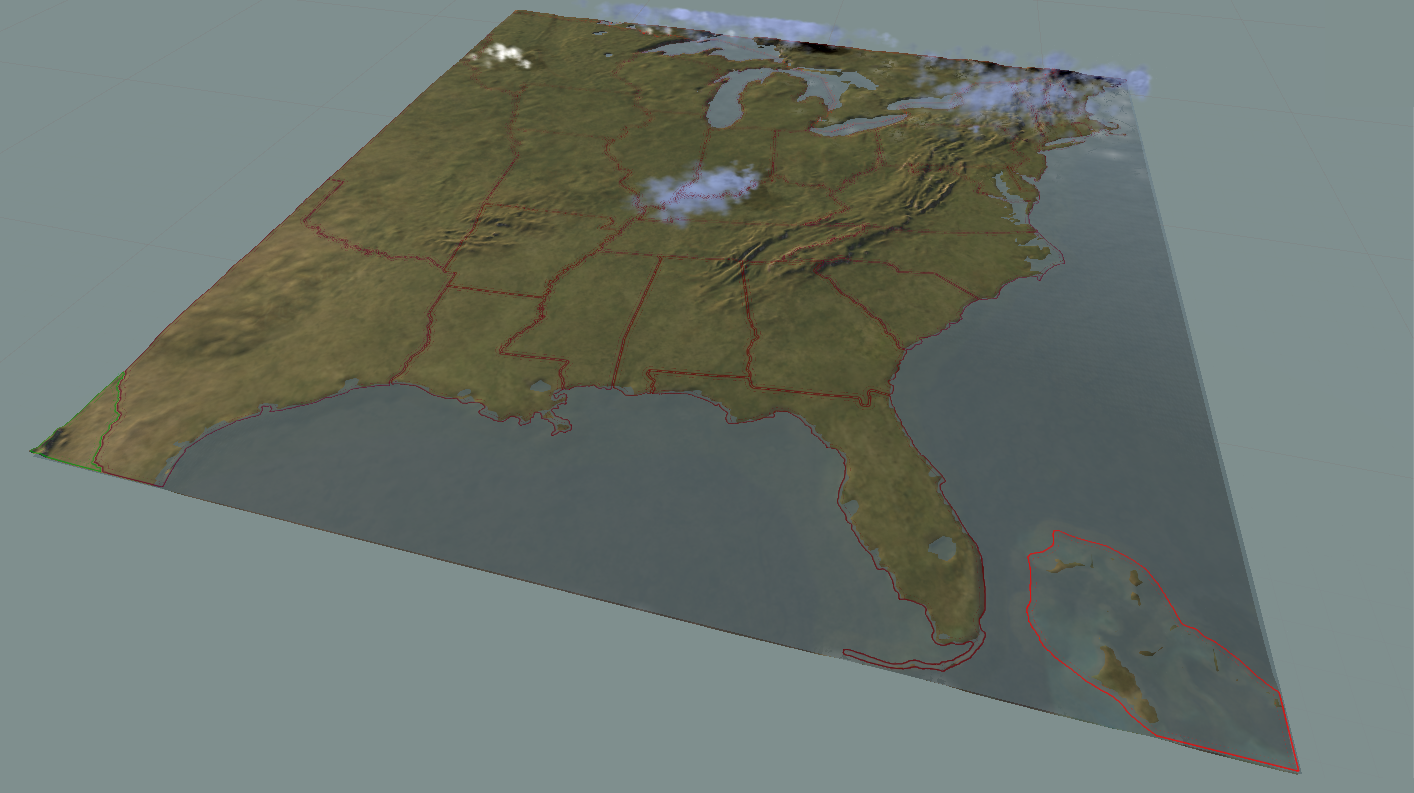 Grand Tactician: The Civil War (1861-1865) has been developed from the start with a real-time strategic campaign in mind. The aim of the game is not only to fight battles or to win the war as either side, but the tell the story of the Civil War. And in the heart of the campaign is of course the campaign map. The campaign map spans from Rio Grande to Maine and Dakota Territory to the Bahamas, so there’s plenty of room to plan and execute maneuvers with your armies and fleets. But there’s more to the map than meets the eye.

The campaign map is designed to include all the most important theaters of the American Civil War, and to allow utilizing historical strategies, like Scott’s Great Snake, to win the war. The campaign will be dynamic, and will not force the player to follow any certain path to victory, so there is enough space to devise your own plan as well.

The map itself is an open 3D terrain, just like the battle maps. Same tools as in the battle layer are used to make the armies and fleets interact with the map and terrain. This means that dense forests, swamps, mountain ranges and wide rivers will have a real effect on troop movements. The road network is more scarce in the west, with distances being longer in general there, limiting campaigning with large armies considerably – as the armies will need to be supplied. While on one hand the great rivers will be an obstacle, on the other hand they will provide movement options, if steamers and gunboats are available, and if the enemy fortifications along the waterways can be captured.

To get the campaign map right, we’ve used real elevation data in making the heightmap. On this terrain, we have built and incorporated data such as climate map, forest map, maps of rail-lines and road networks and most important infrastructure like cities, towns, ports, bridges, ferries, etc. – with the scale of the map taken into account. For the states and cities we use historical population data from the censuses. All in all, the map will include a wealth of researched information, and this will allow us to bring the map alive later in the development, with production, dynamic economy, trade, and more.

In addition to the 3D map itself, be sure that our map-specialist, Wasel, is working on a hand-drawn, period-inspired paper map, like the ones you’ve seen in the battles.

Before, and during, the Civil War the political map of The United States changed numerous times. Territories were re-drawn and eventually incorporated as new states and the 19th century saw mass movement of immigrants to the west, seeking better fortunes – and gold. While the white man moved west, the native tribes were pushed aside, eliminated or confined. By 1850s the area depicted in the campaign map had seen the forced relocations of native tribes, the Trail of Tears, to west of the Mississippi, to modern day Oklahoma. While most changes were in the mid-west and west, the war saw also changes in the east, the biggest being the partition of Virginia.

For this reason we incorporated a border system in the game, where the political map of the Civil War can change during the campaign. While the changes will be historically driven, like admission of Kansas from a territory to a state, it will not be set in stone, whether the people of the brand new state will follow the call of the Union.

Ownership of the states will not be a either-or. Especially the border states can have much (or little) sympathy to both sides of the conflict, and the actual “front line” will not strictly follow the state borders. A state can therefore provide recruits to both sides, depending on the local support. And the support of the states could well change during the campaign. And of course there will be tools to prop (or lose) the support in the states. For example, appointing local political figures to lead your armies in the field may ensure state loyalty in the short run. But can they provide the leadership required, without personal clashes with others? High casualties among troops recruited from the state, drafting and raiding, among other things, can demoralize the population and even force them to abandon the cause.

And while the native Americans have been pushed aside for decades, the new strife could see both sides trying to win their support.

The campaign map will not cover the whole North America, let alone the World, but the map is not isolated from the rest of the world. Both sides of the war can interact (via politics) and trade (via trade nodes) with other nations. And trails, like the Oregon Trail lead west, where there is much to trade. And of course, this trade, or prevention of it, could be a key element in your campaign strategy.

One of the quite unique features in The Civil War (1861-1865) campaign map, and campaign itself, is the weather. While in battles weather plays a role, as explained in the previous game-play video, on the campaign map weather may well ruin your otherwise brilliantly planned military campaign, or save you from a disaster. The weather of course cannot be planned, and even forecasting is very difficult. The end result could easily be another mud march, with the movement snail-paced, the men being miserable, and increasing amount of troops falling sick or deserting.

To achieve a realistic weather simulation, we incorporated information such as annual averages for temperatures, humidity, chance of rain and snow coverage on the campaign map. Then our coder, Oliver, taught himself a thing or two about meteorology. The end result is fully dynamic weather system across the whole campaign map, where weather fronts are created and move according to real-world data. There will not be any kind of universal weather, or pre-defined weather zones. Instead, the rain and thunder storms gather, move around and scatter dynamically during the campaign, adding to the excitement, as you will never know what to expect. Except if you know a thing or two about meteorology, then you can make educated guesses. And it’s not all about rain and misery either, temperature plays a role as well, including the chance of snow during winter time.

So, in the end, when moving your armies and fleets around the map, you may hit a weather front that makes life miserable, and when engaging in a field-battle, the information is carried over to the battle weather system. In the above image you see the dynamic weather system in action: the rain and thunder storm clouds are shown over the landscape. Also drawn are the political borders – but from what year (and could this be a hint of some sort)?

The Focus is in the Campaign.

So far we have discussed mostly the battles in the game, and mentioned the campaign mostly in sidenotes. Many followers have approached us, asking, whether the campaign will be simply a continuation of battles according to outcomes, or a rigid system that runs as the history did. Can the player recruit troops and appoint commanders as he wants? Hopefully the above description sheds some light on this topic.

As I am writing, the basic map functions, discussed above, have been implemented and we are populating the map with terrain features like rivers, forests and swamps, and game objects like cities, towns, and infrastructure. Next steps will be to make the campaign game-play come to life, by adding the UI, economic model, politics, and so on. We will visit these topics in later dev blogs!