It’s 2021, happy New Year everyone! It has been some time since the last look into the latest new features in Grand Tactician: The Civil War (1861-1865), so here’s a quick summary of what has happened during the holidays and what is currently being worked on.

While under the hood, there has always been a lot happening, the cause and effect -chains have not been always clear to the player. For example, why is national morale dropping, why are the units moving so slowly, or what is happening during naval engagements? Here we have introduced a lot of new information for the player in a few different ways:
-Improved tooltips. On strategy panel the tooltip now shows, for example, all effects on national morale. Perk tooltips explain the effects more accurately, including what needs to be done to level up the perk. Army supplies are now explained with more detail in the unit panel.
-Rolling texts. These texts appear on the campaign map to inform player of certain events and effects. For example, there’s information given about automatically resolved battles, sieges, troop movements including rear guard action and pursuit after battle, inflicting further casualties. While all the described effects have been there, now hopefully the player will also have the information in a timely fashion.

One of the often requested feature has been control over reinforcements in campaign battles. Previously the system worked so, that offensive armies were to automatically reinforce, while defensive would not march to the sound of guns. We have now improved the engagement interface with further information about the engaging armies and the available reinforcements — and we now allow the player to choose which available units he would like to order to join the battle, regardless of their stance.

Navy has also received improved functionality in the form of raiding-order. Under these orders, the fleet in question will launch surprise raids against blockading fleets, engaging only a small part of the fleet. This allows numerically inferior fleets to engage and possibly sink a few ships, and then to disengage. With successful raiding the CSA can try to wage a war of attrition along the coast against the much larger Union blockading squadrons.

Currently we are working on improved retreating mechanism on the campaign map, including better retreat path-finding, retreating to forts, and disintegration of units that have no-where safe to retreat to. This is in addition to already implemented much shorter retreat routes, more orderly withdrawal, and additional capital city defensive moves by the AI. 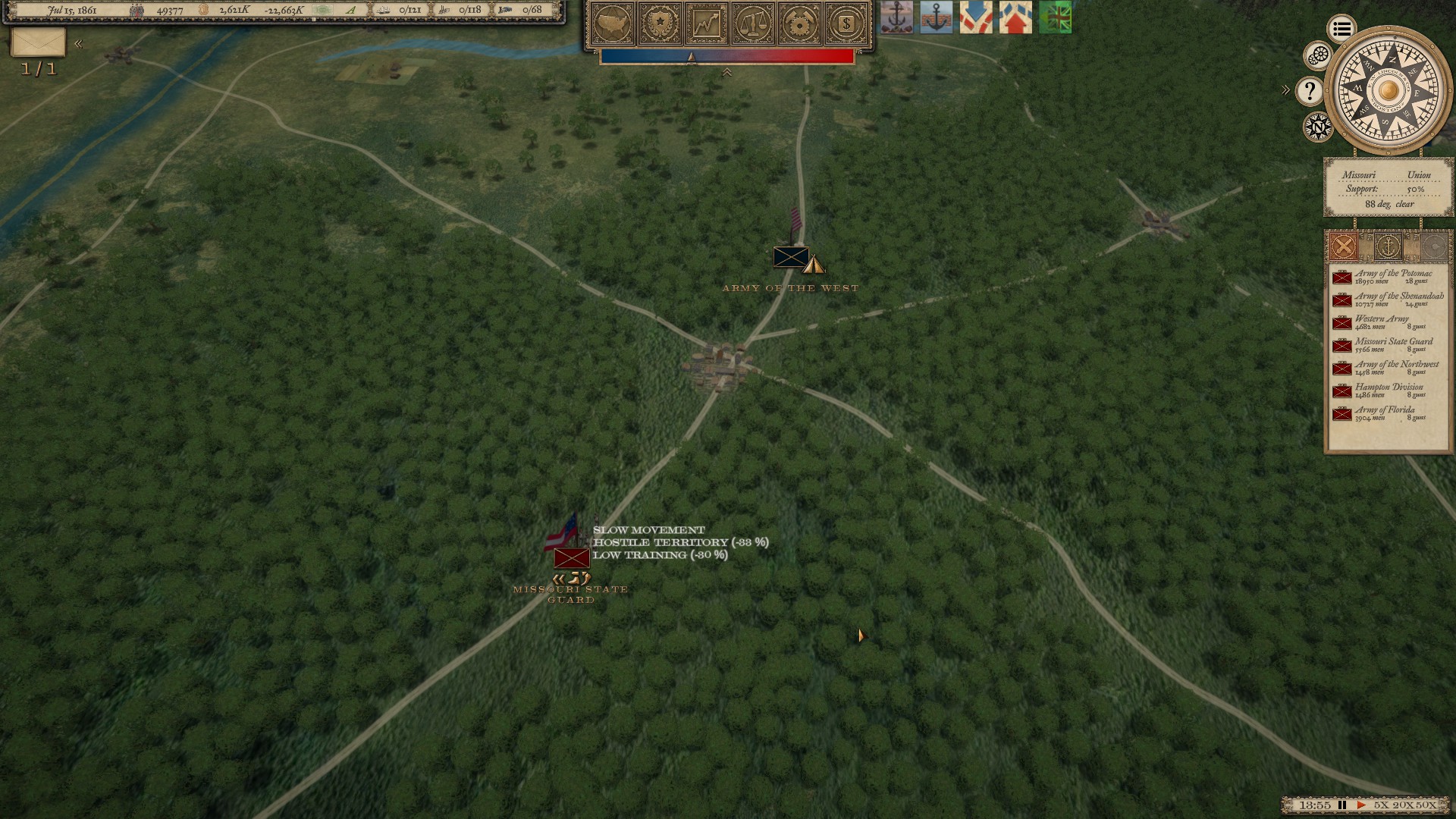 A constantly ongoing work has been the game balance, including AI improvements, in both campaigns and battles. This line of operation, so to say, contains working on the already implemented features to make the game play experience smoother, more challenging and fun. Here are just a few examples from this work:

Campaigns:
-Policies: implementation times have been adjusted, and researching multiple policies or acts will make the progress slower,
-Recruitment numbers have been revised, so that acts will have bigger effect on available recruits, recruitment subsidies will have bigger effect, over longer period of time, and drafts can be used to reinforce depleted volunteer units. This happens without support loss, unlike recruiting full draft units,
-Commanders getting wounded or captured may return during the campaign, but their attributes are affected,
-Commander attributes are now correctly affected by their experience, and experience will drop accordingly when appointed to higher command. Also if within range from the higher HQ, the commander will influence his subordinates’ attributes. For example an aggressive commander will feed aggression in his subordinates, and vice versa,
-Intervention armies are more of a threat now, at least that’s what the troops of V Corps, told me when visited by the Army of Canada. 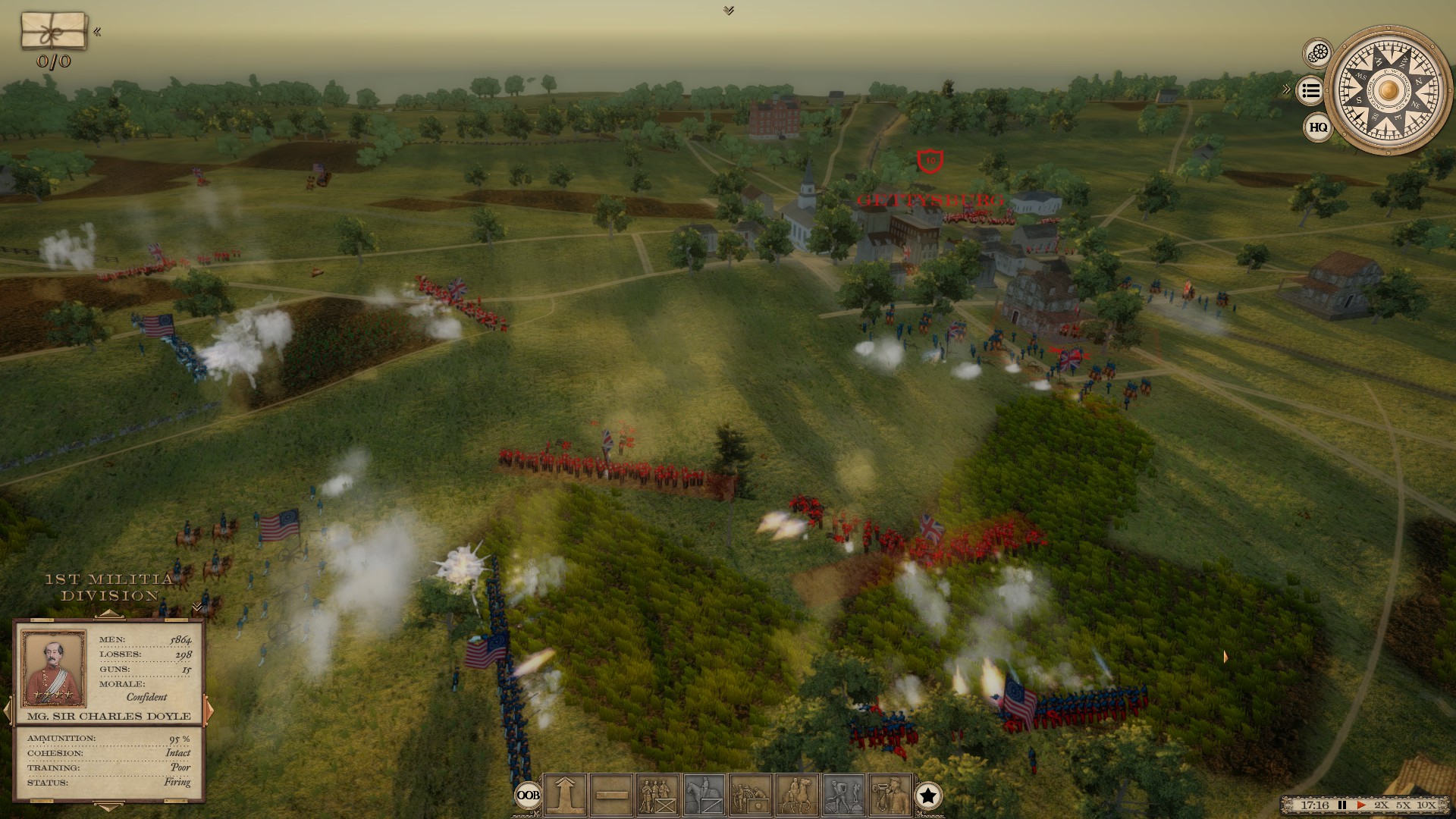 Work continues as planned, with focus now on finalizing added features, bug-fixing and general improvements. New content is being worked on, with the 1864 campaign database being implemented, and already adding the historic battle of New Market. Our map guru Wasel is working on the generic “random” maps, Peter has been adding commander portraits and improving the visuals here and there, and our friend History Guy Gaming is producing more Tutorial Videos as we speak — you may check out the ready ones from our YouTube playlist, HERE.

All in all the start of the year 2021 looks busy, but also the full release is slowly getting closer and closer.