To-day we will reveal to you the contents of Map Pack #1, a collection of 10 new historical battle maps that have been created during the Early Access period. The maps will appear, when fighting at the appropriate locations on the campaign map. Some of them have already been included for some time, as we’ve been adding them when ready. The Map Pack is one of the six mile stones on our Early Access Road Map. 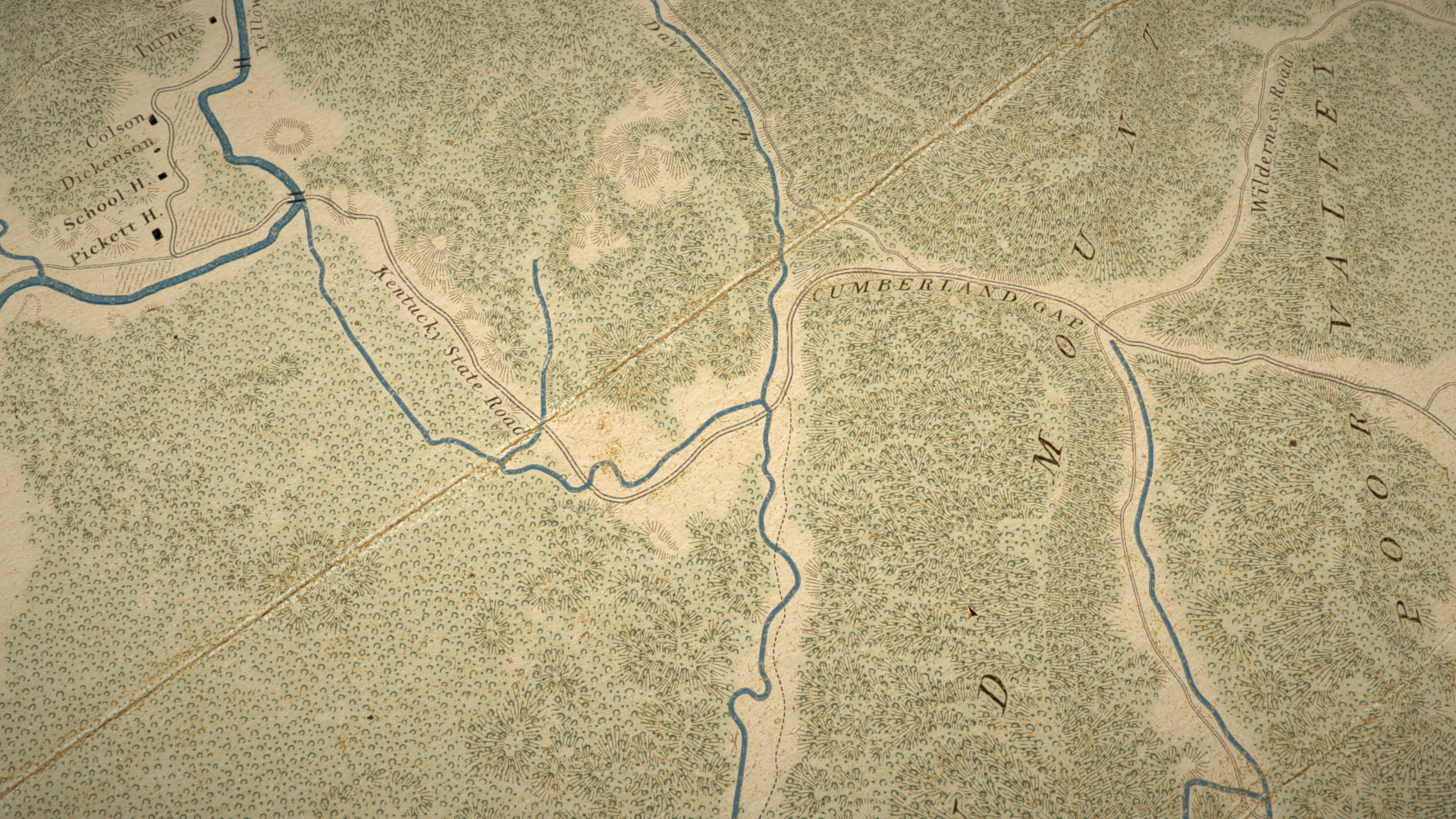 The first map is that of Cumberland Gap, a strategically important mountain pass allowing movement from Virginia and Tennessee to Kentucky. During the Civil War this Gap was first captured by the Confederates. In 1862 7th Division, under G.W. Morgan attacked through the gap, and this map is part of his return route along the Kentucky State Road during his attack from Kentucky to Tennessee.

Located in modern day Oklahoma, Honey Springs was a Confederate depot in the Indian Territory, along the Texas Road running from Texas to Kansas. In July 17, 1863, the largest scale battle in Indian Territory was fought here between mainly Native American troops of the CSA, and USCT troops of the Union. In this battle the Union Army of the Frontier under J.G. Blunt, with some 3,000 men, defeated the approximately 6,000 Confederates under D.H. Cooper and captured their depot.

In February 20, 1864, the largest battle of the Civil War in Florida was fought here between Confederate general Joseph Finegan and Union general Truman Seymour. In the battle Finegan defeated Seymour’s army and forced it to withdraw. Seymour was attacking on his own initiative from Jacksonville towards Tallahassee along the Florida, Atlantic & Gulf Central Railroad. Finegan placed his defences along Seymour’s axis of attack at Olustee Station, a natural choke point with Ocean Pond covering his left and a large swamp his right flank. The Historic Battle of Olustee is already available in Grand Tactician! 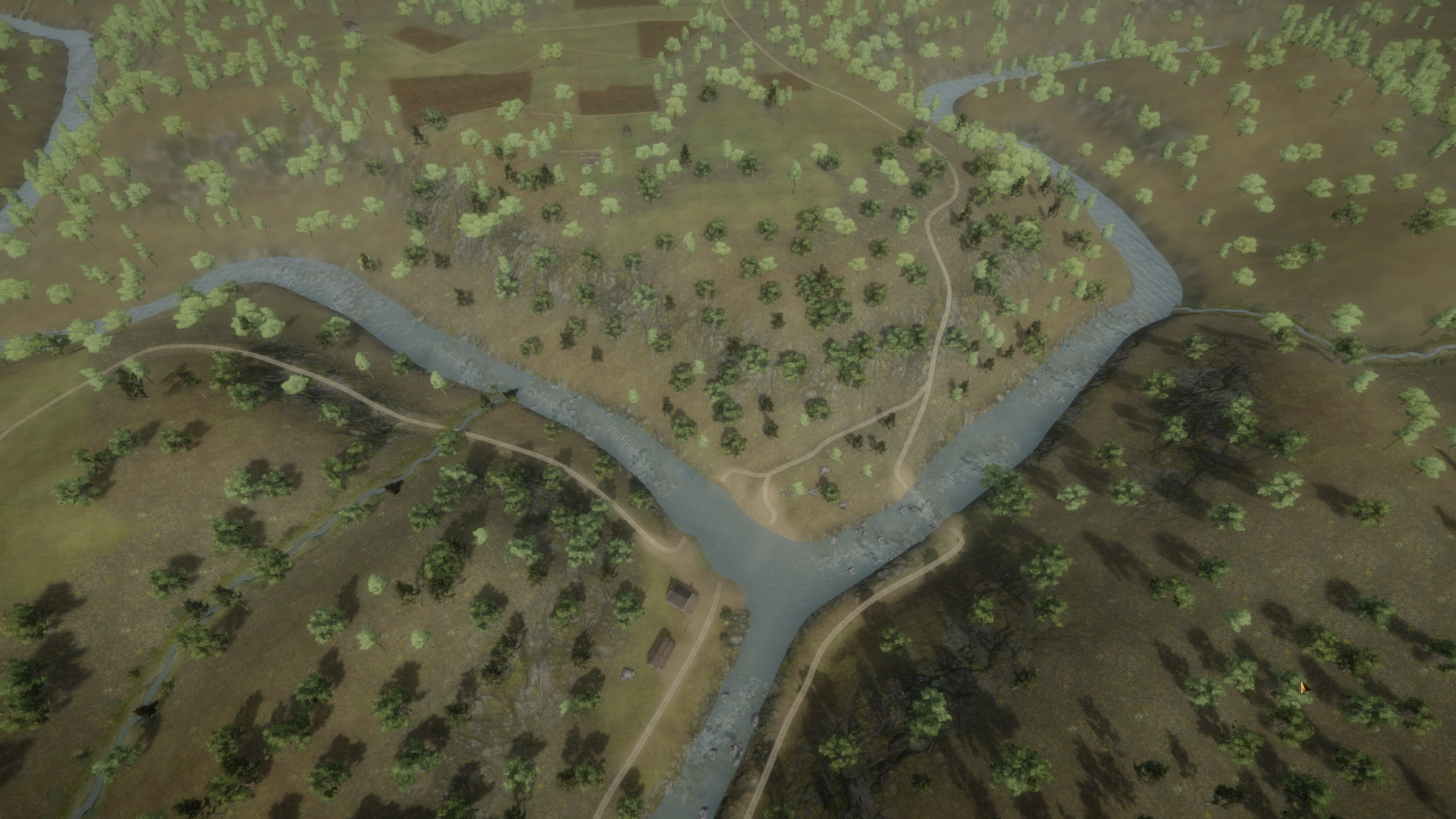 This map saw two battles in fall of 1861: The Battle of Kessler’s Cross Lanes on August 26, and that of Carnifex Ferry on September 10. The fighting was part of the early West Virginia campaigns. At Kessler’s Cross Lanes Confederate general John B. Floyd defeated Erastus Tyler’s 7th Ohio Infantry Regiment in a surprise attack. After the battle Floyd moved south to Carnifex Ferry, where, just north of the ferry site, he dug a defensive line, from which he fought against general Rosecrans’ three brigades. After initial success and inflicting higher casualties on the Federals, Rosecrans’ artillery proved problematic, and Floyd withdrew across the Gauley River towards Lewisburg. The image shows the ferry site, and Floyd’s defensive position just north of it on the plateau.

Honey Hill is a small high ground along the Grahamville Road. On November 30, 1864, during Sherman’s March to the Sea, Coastal Division under John P. Hatch fought a small battle here against G.W. Smith’s Georgia militia. In the battle the entrenched Confederates inflicted heavy losses on the Federals, forcing them to withdraw. Hatch’s movement to Grahamville to cut the nearby railroad failed. 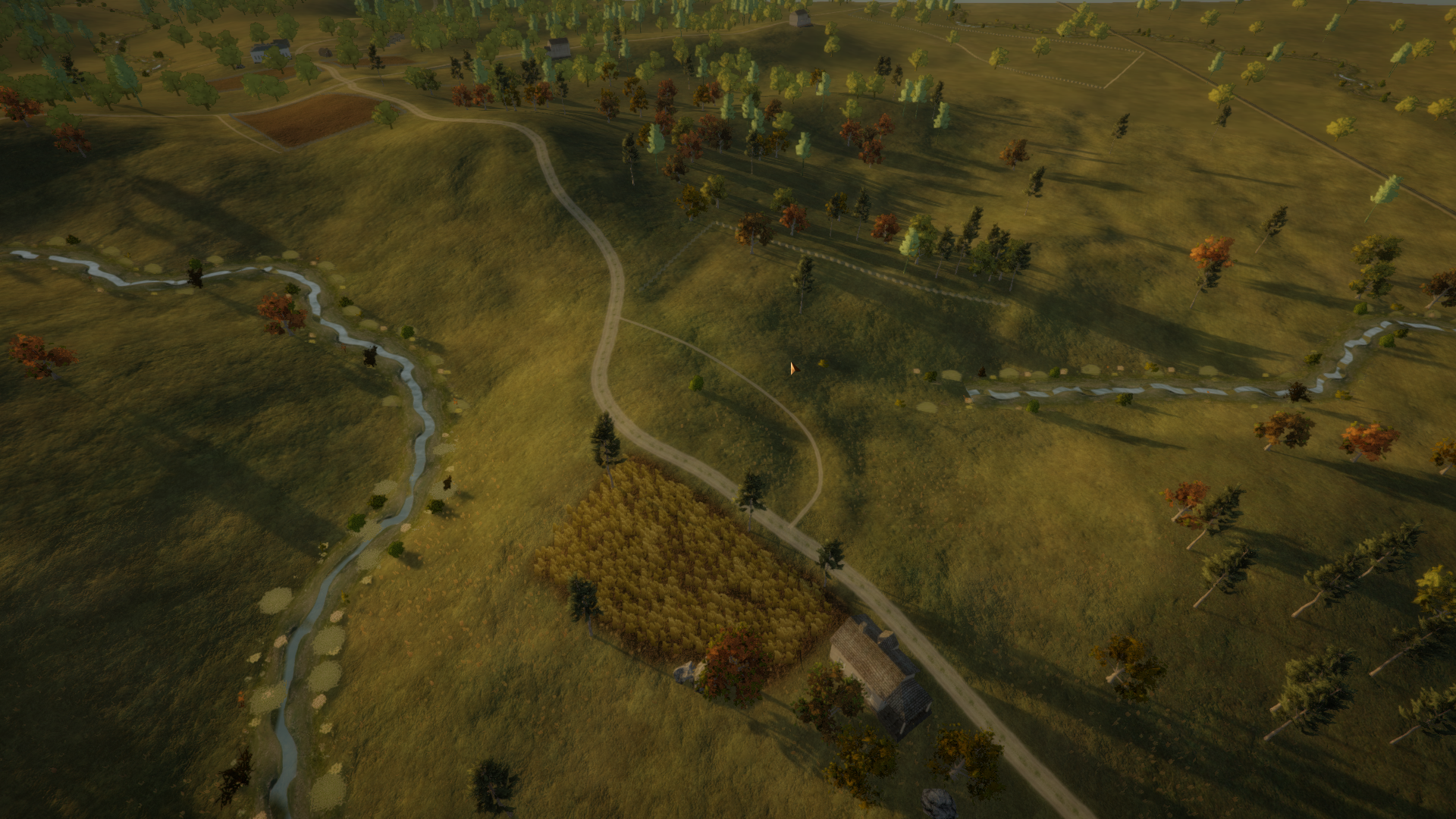 On May 16, 1863, Union general U.S. Grant was moving south along the Mississippi river to take Vicksburg. In a cunning and brilliant move he bypassed the fortified city and emerged south of it to first attack and drive away general Johnston’s small force at Jackson, then turning west to engage John C. Pemberton’s army of some 22,000 strong with his own force of some 32,000 men. Grant’s Army of the Tennessee attacked along the three roads, Raymond Road, Middle Road and Clinton Road in three columns, and the main fighting took place on a high ground called Champion’s Hill, shown in the image, looking from the Champion House. Grant defeated Pemberton and continued to Vicksburg to eventually capture it in what would be one of the main turning points in the war, paving way to his promotion and the eventual Union victory.

Located in the northern mouth of Shenandoah Valley, Winchester and the surrounding area saw a number of battles during the war, including 1st – 3rd Battles of Winchester and 1st and 2nd Kernstown. Winchester was of strategic importance, as it was positioned along the Shenandoah Valley Turnpike, the macadamized road running through the valley, and also the ending point of Winchester & Potomac Railroad. In the 1st Battle of Winchester “Stonewall” Jackson defeated Banks, while in the 3rd Battle Phil Sheridan defeated Jubal Early’s Army of the Valley after they had withdrawn from the gates of Washington D.C… 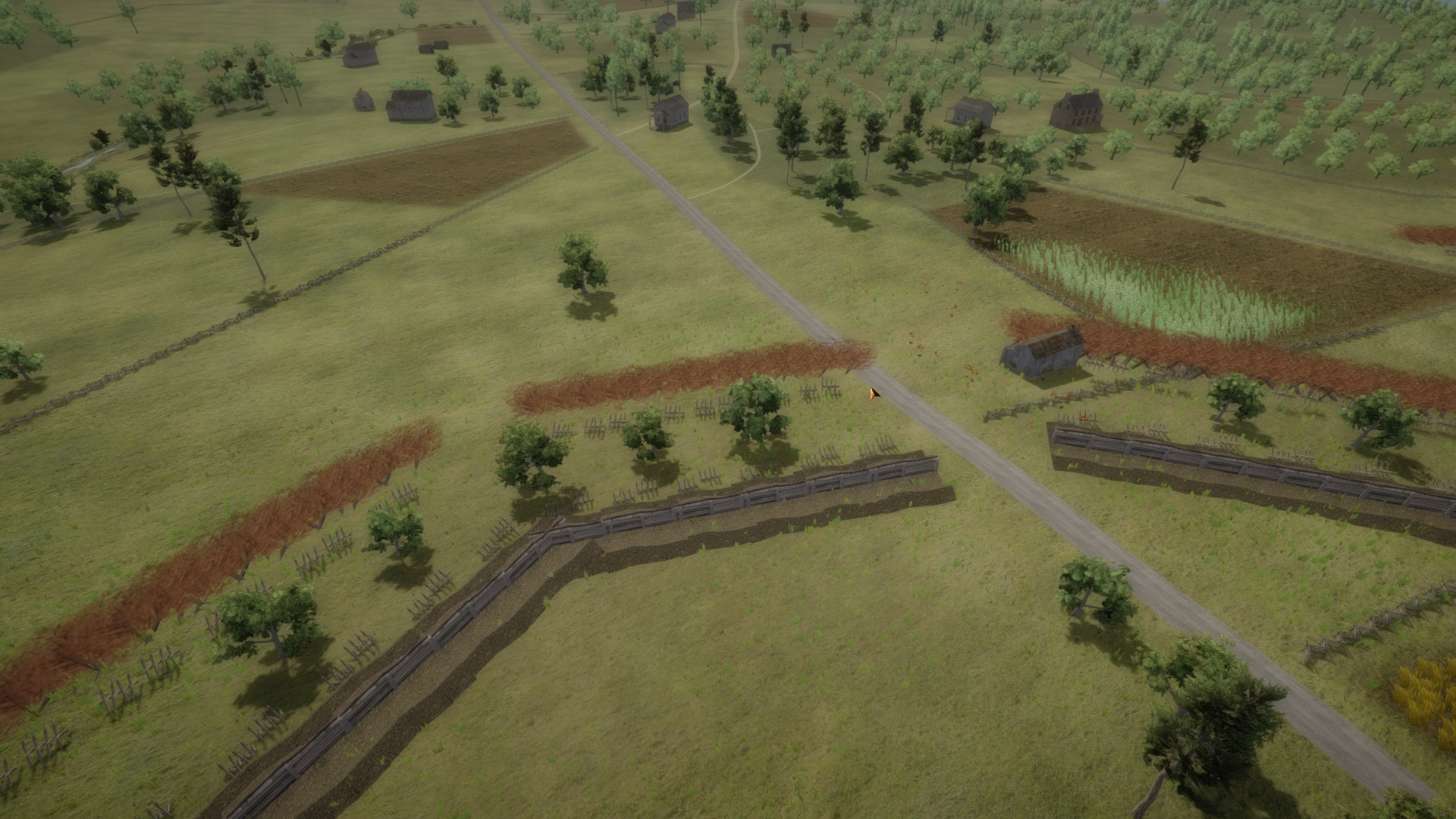 Talking of Early nearly taking Washington, D.C., here is the map where he was stopped. The Union capital was the most fortified city in the world during the Civil War. But when the fortifications were tested in July, 1864, they were manned by green troops. Early moved down the Shenandoah Valley, defeated the Union defenders in the Battle of Monocacy, and then marched down towards Washington D.C. along the 7th Street Turnpike. Along this pike was Fort Stevens, and its entrenched defensive line. On July 11 Early was facing only a hodge-podge Emergency Division, but Grant’s reinforcements, the VI Corps and a detachment from the XIX Corps arrived on time to engage the overstretched and exhausted Confederates. Even President Lincoln was observing the battle at Fort Stevens. 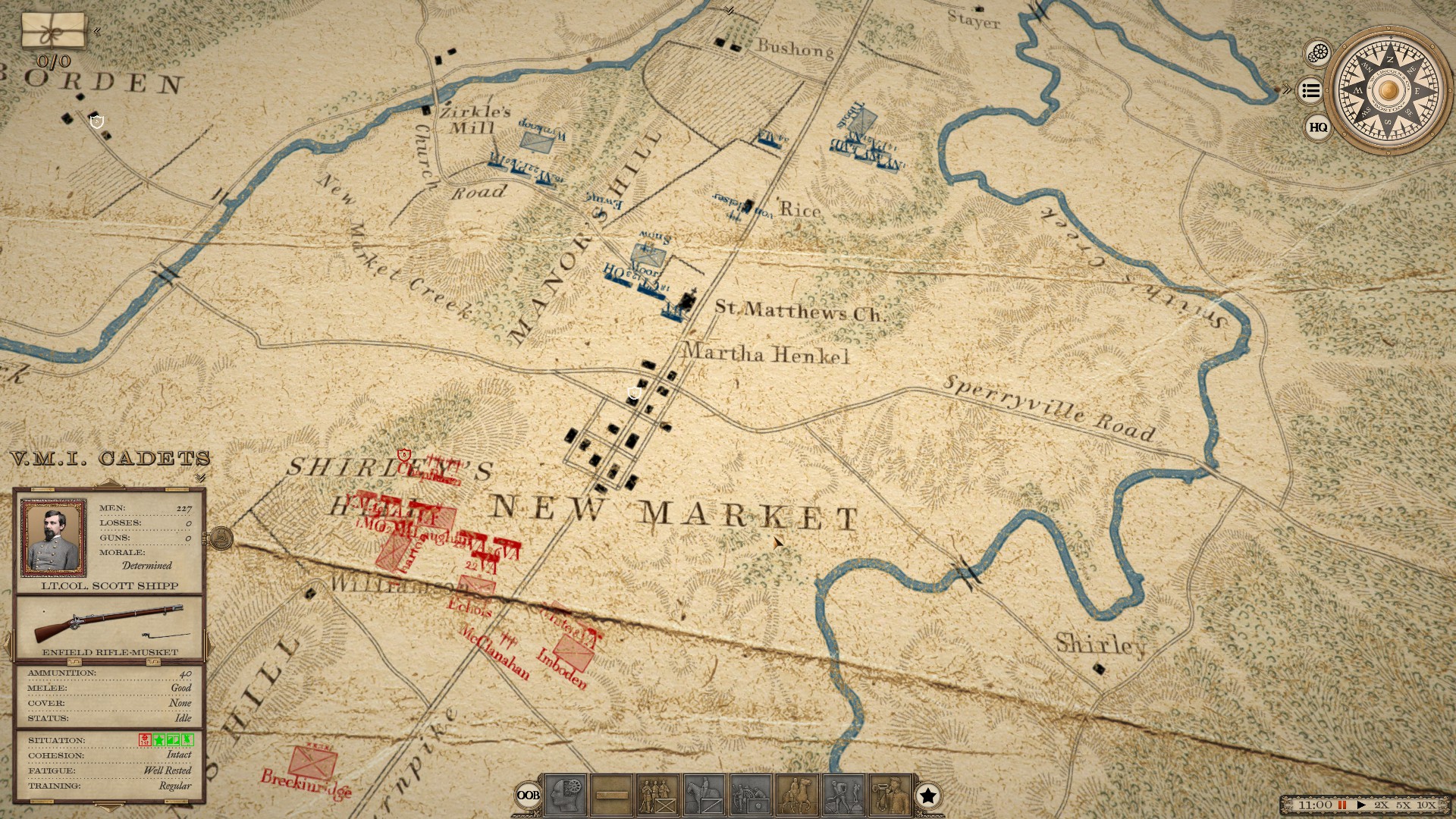 Probably the most requested map, New Market is located in the Shenandoah Valley, south of Winchester along the Valley Turnpike. A sleepy small town, but made famous due to the Battle of New Market on May 15, 1864. In that battle, Franz Sigel’s army moved up the Valley to Staunton to take the important supply hub and to threaten Lee’s flank in concert with Grant’s Overland Campaign. Confederate general Breckinridge moved in to meet Sigel, and the engagement took place at New Market, where the approximately 5,500 Confederates forced Sigel’s 10,000 men to turn and withdraw. In this battle, the Virginia Militia Institute Cadet Corps was Breckinridge’s reserve, and he committed the young boys to attack Federal positions at Bushong Farm. The rest is stuff of legend.

August 1864, general Sterling Price launched his raid from southern Arkansas to Missouri. His force wreaked havoc during September and most of October. When moving south from Kansas City he was pursued by Union cavalry from general Samuel R. Curtis’ army. A battle took place at Mine Creek, Kansas, where Marmaduke’s cavalry fought against Benteen’s. Union emerged victorious and Confederacy lost approximately 1,200 men versus Union’s 100. The battle was one of the largest ones between two opposing mounted forces.